VERO BEACH, FL— Indian River State College (IRSC) is pleased to introduce Terri A. Graham, Ed.D., as the next Campus President for the IRSC Mueller Campus in Vero Beach, Florida. Dr. Graham assumes her duties on August 1, 2022. Her service will overlap with the retiring Casey Lunceford. Lunceford has served IRSC with distinction since 1997, holding positions that include Associate Professor and Director of Instrumental Music, Academic Director of Mathematics and Natural Sciences, Dean of Arts and Sciences and, since 2014, Mueller Campus President. Lunceford retires at the end of August. 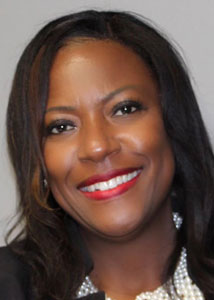 “For some 25 years now, Casey Lunceford has dedicated himself to IRSC, most recently as Mueller Campus President, where he has built strong relationships within Indian River County communities and established a campus culture focused on maximizing student success,” asserts Dr. Timothy Moore, IRSC President. “We wish Casey well in his retirement endeavors and welcome Dr. Terri Graham as our next Campus President. As we embark on IRSC’s next chapter of service in Indian River County, we will draw extensively on Dr. Graham’s track record of exemplary leadership, employee development, teamwork and open communication.”

Graham comes to IRSC from Valencia College in Orlando, where since 2016, she has served as Executive Dean, leading the academic, fiscal, and operational areas of the regional/satellite Winter Park campus in close partnership with the Campus President. In 2020, Graham was named Interim Campus President for the College’s West and Downtown Campus, adding roles as chief academic and operating officer for two sites that collectively enroll over 35,000 students annually.

At IRSC, Graham will oversee operations and management of College staff, programs, curriculum, activities and resources in Indian River County, including those at Mueller Campus and IRSC educational sites in Sebastian and Fellsmere. By actively and visibly representing the College throughout the community, Graham will strengthen and grow collaborative relationships with individuals, businesses, industry, organizations, governmental entities and educational partners and help IRSC identify and respond quickly to the educational and workforce needs of the community.

Before joining Valencia College, Graham was Dean of the School of Academic Foundations at Seminole State College in Sanford, Florida. She was responsible for planning, developing and implementing instructional and student development programs. Before that, she was Director of Program Development for Workforce Degree and Certificate Programs at Florida State College in Jacksonville.

Throughout her 28-year career, Graham has served in both education and administration. In her early days, she taught at elementary and middle school levels. She has taught at the college level since 2009.

Graham is a frequent presenter on topics such as leadership, higher education and minority achievement and has served on boards including the Downtown Orlando Partnership, Parramore Education and Innovation District, Parramore Community Engagement Council, PACE School for Girls and the Winter Park YMCA. She has Bachelor’s and Master’s degrees in Elementary Education from Florida Agricultural and Mechanical University (FAMU), an M.B.A. in Management and Marketing from Rollins College, and a Doctorate of Education in Higher Education Administration from the University of Florida.