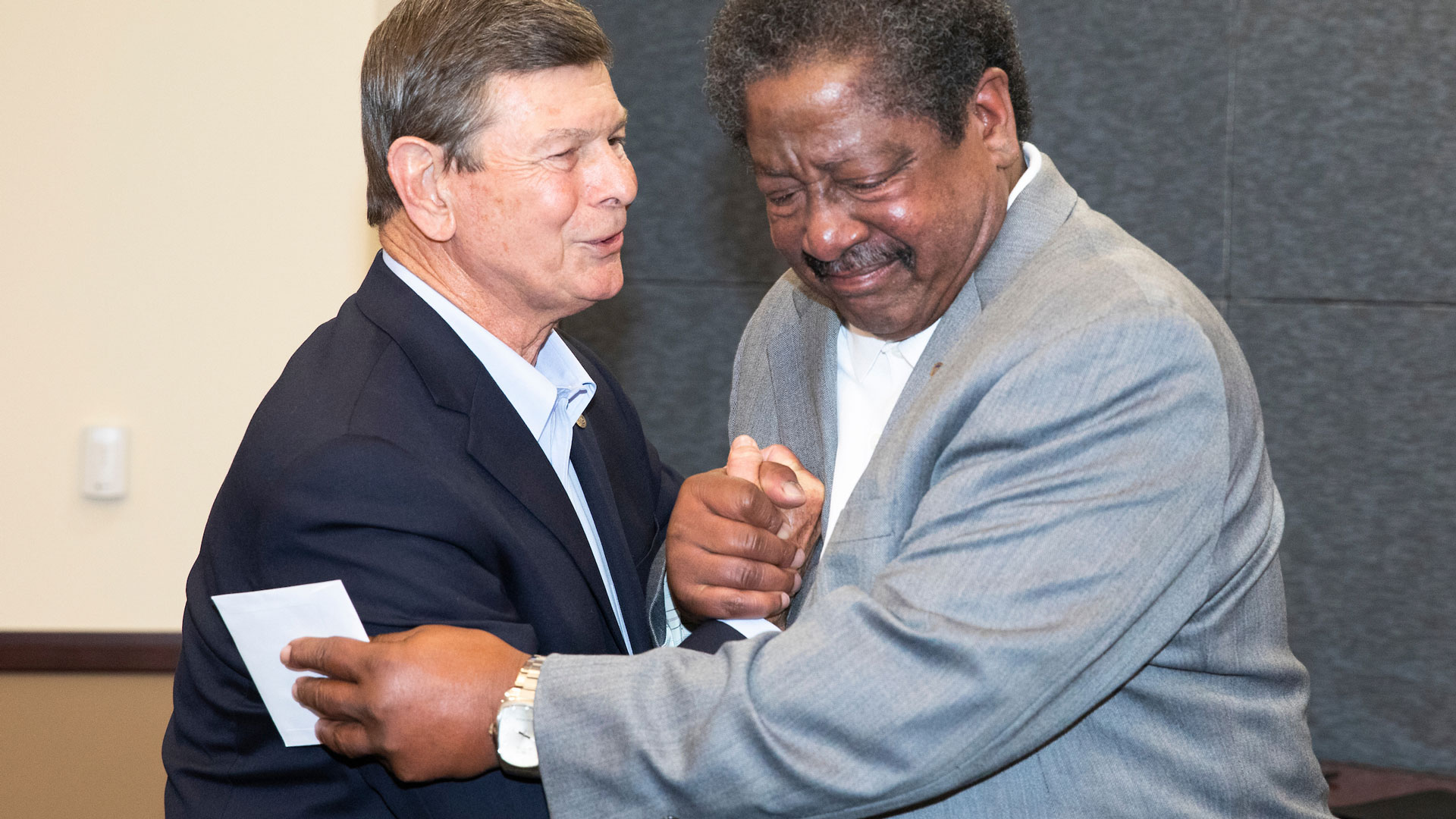 Dr. Edwin Massey, IRSC President congratulates Andre Hawkins at the June 25 meeting of the IRSC District Board of Trustees meeting where Hawkins was recognized as an IRSC Dean Emiterus by the Board.

Hawkins began his service with the College in June 1979 starting as a Master Instructor of Educational Counseling. He was promoted to Director of Okeechobee Training School Division in 1981, and was named Director of Instructional Services in 1983. In 1986, Hawkins joined the College administrative leadership as Assistant Dean of Instruction. He later served as Associate Dean of Vocational Education (1989), Dean of Vocational Education (1997), Dean of Workforce Development (2000), and Dean of Special Programs (2003).

In 2005, Hawkins was appointed Dean of Northwest Center. Since its dedication in 2008, Dean Hawkins had led the IRSC team at the Blackburn Educational Building, which supports the revitalization of northwest Fort Pierce and serves as the hub of the R. Duke Nelson Human Development and Resources Centre (HDRC).

Throughout his career, Dean Hawkins has built positive and enduring relationships within the community, opening the Blackburn Educational Building to many groups and agencies, including fraternities, sororities, the Boys and Girls Club, and the Zora Neal Hurston Committee. For 30 years, Haskins served on the Martin Luther King, Jr. Commemorative Committee of St. Lucie County.

His leadership extends statewide. Hawkins has held countless roles with the Association of Florida Colleges (AFC). Included among these are IRSC Chapter President in 1986, President of the statewide organization in 1991, and Chairman of the AFC Foundation Board of Directors, a position that he still holds today.