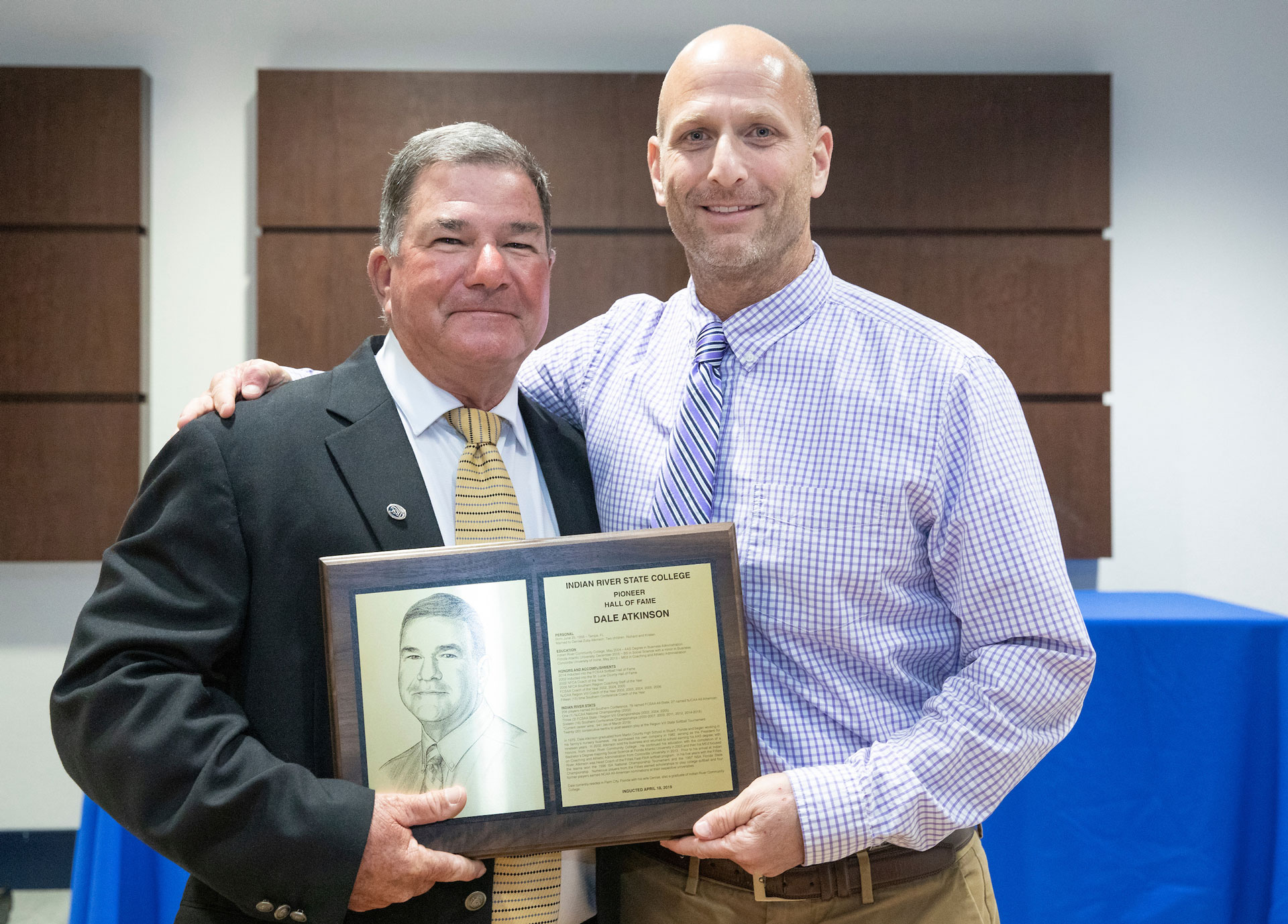 Community Service Award:
The IRSC Men’s and Women’s Swimming and Diving Team is the recipient of the 2018-19 IRSC Community Service Award. This award is presented to the IRSC athletics team for their demonstration of exemplary community service projects and exhibits the greatest spirit of community involvement. The award is not based on the number of projects completed, but emphasizes the impact projects make in the community within the College's service district.

The 2019 Pioneer Hall of Fame Inductee:
Dale Atkinson is the 2019 Indian River State College Pioneer Hall of Fame Inductee. In 1975, Atkinson graduated from Martin County High School in Stuart, Florida. He then began work at his family’s nursery business and then purchased his own company in 1982, where he served as the President for nineteen years.

After the sale of his business in 2002, Atkinson returned to school and earned his Associate in Applied Science in Business Administration degree, with Honors, from IRSC. He continued his education completing his Bachelor of Science in Social Science with a minor in Business at Florida Atlantic University in 2005 and earning Masters of Education in Coaching and Athletic Administration from Concordia University of Irvine in 2013.

Atkinson has also served as Head Coach of the Fillies Fast-Pitch softball program. In his five years with the Fillies, the teams won the 1996 ISA National Championship Tournament and the 1997 NSA Florida State Championship. Additionally, numerous players from the Fillies earned scholarships to play college softball, and four former players earned NCAA All-American nominations at their respective universities.

Dale currently resides in Palm City, Florida with his wife Denise, who is also an IRSC alumna.