Indian River State College (IRSC) student Justin Rhodes participated in the 2019 Florida Mathematics Re-Design Institute in Gainesville on Thursday, June 27, as a member of a panel of students sharing their experiences with college-level math courses. Justin took this opportunity to share his remarkable story of overcoming obstacles and the steps he took to persist and succeed in his studies. 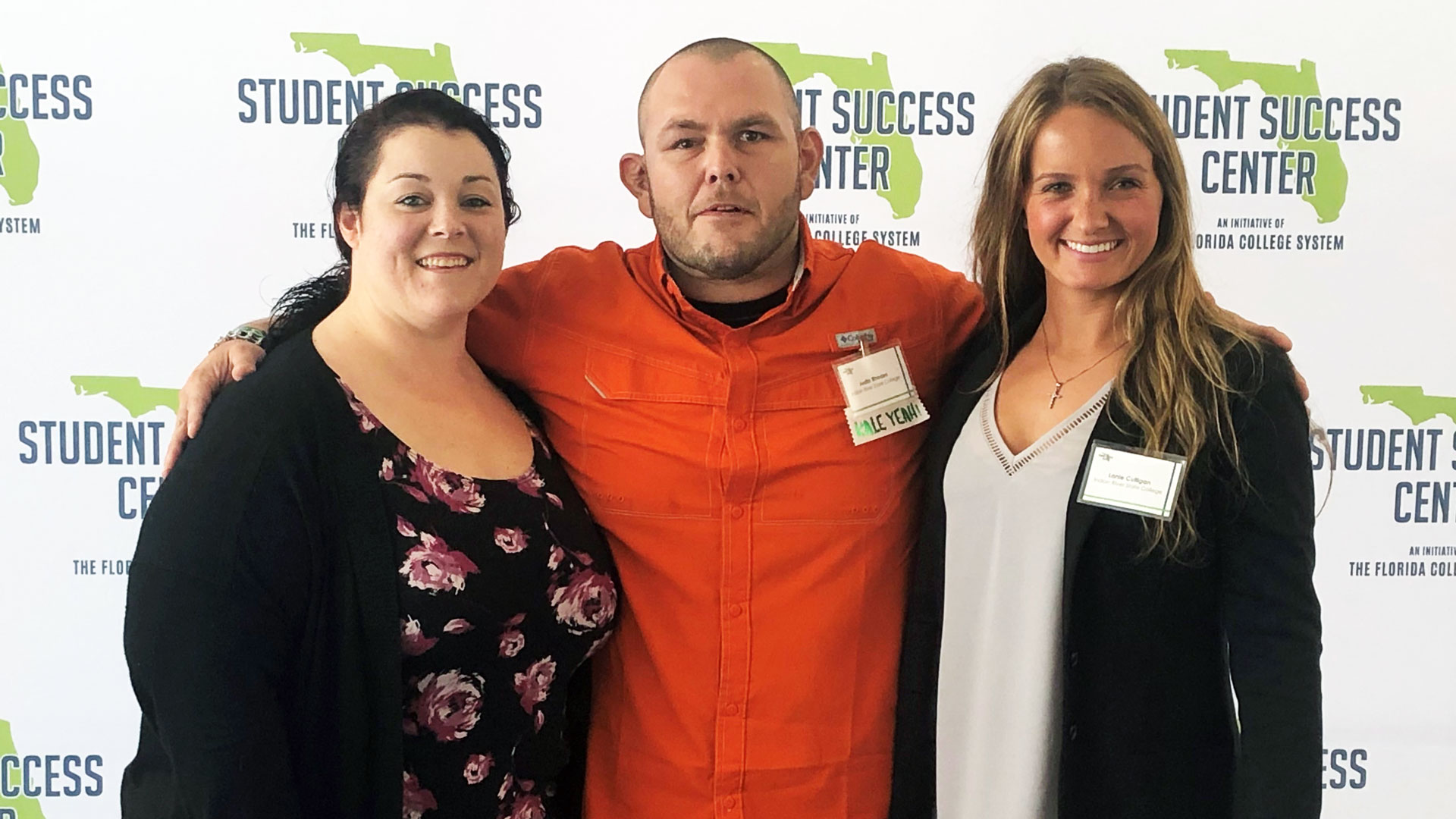 In July 2016, Justin was involved in a severe motorcycle accident and received a traumatic brain injury. Through surgeries and rehabilitation, Justin endeavored to take his life back. He knew continuing his education was an important part of that goal. During the summer of 2018, Justin came to IRSC with the desire to become a physical therapy assistant. Through this career, Justin hopes to give back and share his inspirational story with those in need.

In pursuit of his goal, the challenge to meet the mathematics requirements loomed large. Like many students, Justin initially started the Intermediate Algebra course with fear and anxiety. By embracing the task head-on and devoting much time and effort to the course, Justin not only met success, he also overcame his math fears. He even became enthusiastic to start his next math course.

At IRSC Justin has earned the reputation as an outstanding student who inspires those around him. He is an example to others in the way he has approached and overcome obstacles in his life to find success. “I am honored to be a small part of Justin's incredible journey. He has been an inspiration to me, as well as his fellow students. His drive and determination are contagious," shares Lanie Culligan, Master Instructor, IRSC Mathematics Department. "He is a true testimony of the power of grit and a growth mindset. There are no bounds to his success and I look forward to seeing his future impact.”

The one-day Florida Mathematics Re-Design Institute is a part of a larger statewide effort by the Florida Student Success Center to help more students across Florida become successful in math. “The Mathematics Re-Design Institute is a wonderful opportunity for professionals from across the state to come together in an effort to improve student's math experience and success as they progress through college to career,” shares Lanie.