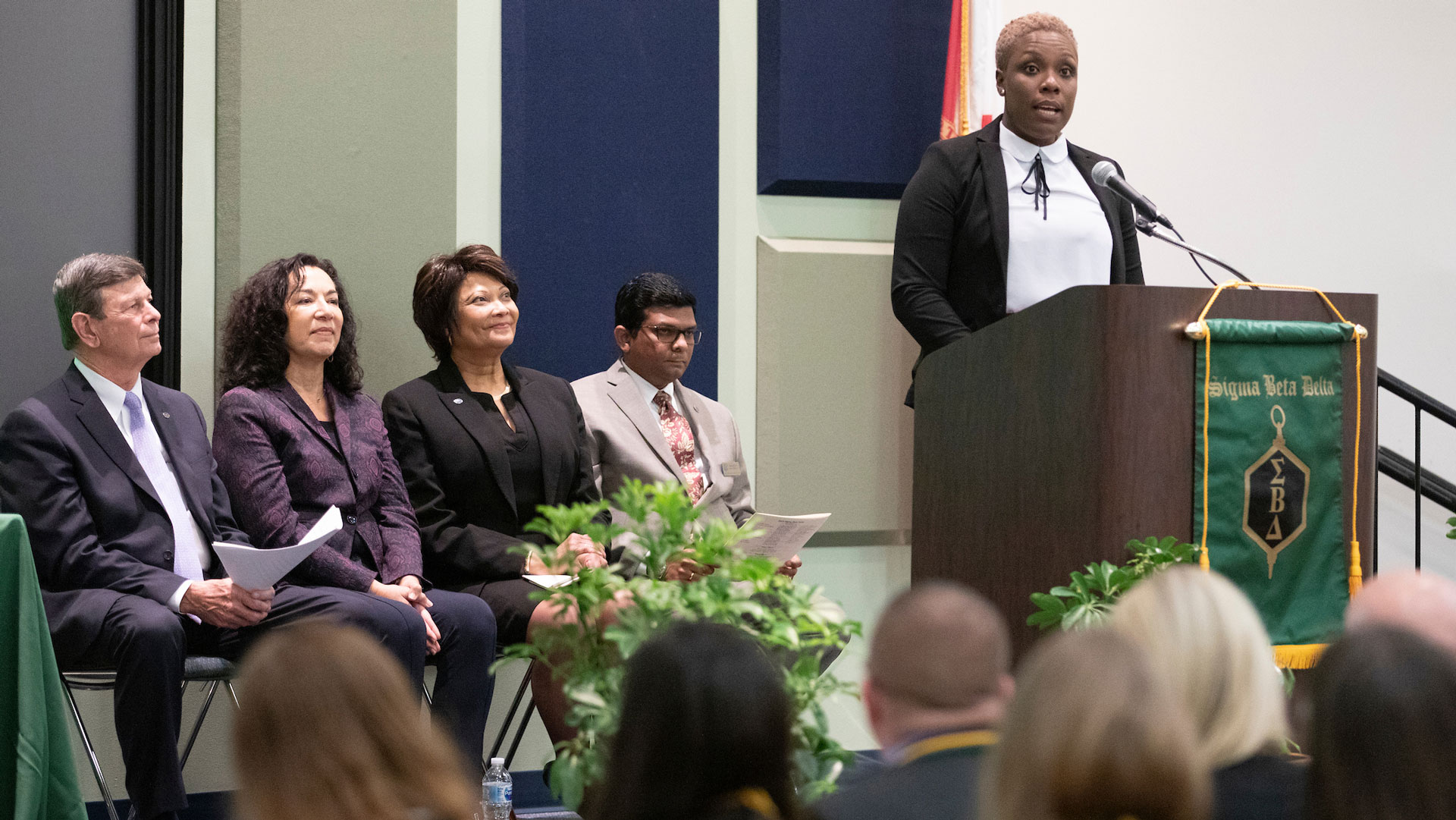 The mission of Sigma Beta Delta is to encourage and recognize scholarship and accomplishment among students of business, management, and administration, and to encourage and promote aspirations toward personal and professional improvement and a life distinguished by honorable service to humankind. Sigma Beta Delta was established to honor students who have attained superior records in business programs in schools and colleges with regional accreditation.

At the ceremony, Monique Quesada, Diplomat in Residence—South Florida (and Puerto Rico), IRSC served as the event’s keynote speaker. John Butler, IRSC Professor then shared the induction and charge encouraging new members and to pursue the mission of the society.

The following students are the 2019 IRSC Sigma Beta Delta Inductees: