Marc A. Adler Joins IRSC Foundation Board of Directors

Marc A. Adler Joins IRSC Foundation Board of Directors

FORT PIERCE, FL—The Indian River State College (IRSC) Foundation Board of Directors unanimously elected Marc A. Adler, Member-at-Large, at its August meeting. Adler is the Executive Director of the Florida Development Finance Corporation (FDFC), an economic development organization for the State of Florida. 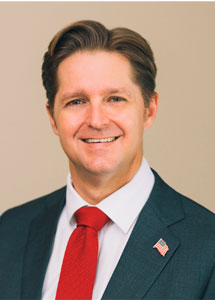 “Marc Adler’s combination of entrepreneurial, leadership, legal, and business development expertise adds depth to the IRSC Foundation in ways that can uniquely help us accelerate our mission," said Michael Hageloh, IRSC Executive Vice President for Strategic Initiatives and Interim Vice President for Institutional Advancement. “We are delighted to have him join our Board of Directors.”

Before joining FDFC, Adler served as the Acting Secretary of Commerce for the State of Florida, CEO of Enterprise Florida and Senior Vice President of DRB Capitol, a Blackstone Portfolio Company.  Adler has also served as CEO of Triple F Entertainment, a regulatory-complex Orlando-based business; as CEO of Trackdox, a pioneering health care company specializing in the secure transfer of electronic medical records; and as General Counsel and Vice President of Government Relations for Amdep Inc., an e-commerce business based in Boca Raton.

About the IRSC Foundation

Since 1965, the Indian River State College Foundation has enhanced access and quality of education for IRSC students. Its focus is to attract and manage private contributions from individuals, organizations, businesses, and private foundations to support IRSC’s mission.

Managed by a voluntary Board of Directors of business and civic leaders, the Foundation is a private non-profit entity recognized by the Internal Revenue Service as a 501(c)(3) tax-exempt organization and by the State of Florida as a direct-support organization for the benefit of IRSC. As a partner in building a better community, IRSC Foundation promotes higher education with student scholarships, support of instructional programs, technology grants, and new and improved facilities.