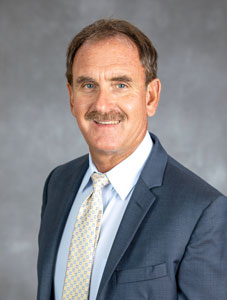 Marine’s belief in undertaking charitable endeavors is rooted in the conviction that it’s his responsibility to give back to the community. His far-reaching mission work not only benefits areas in the U.S. such as Florida, South Carolina, Mississippi, but also other parts of the world such as Honduras, Costa Rica Nicaragua and the Bahamas.

Marine is President of Industrial Services, Inc.—which specializes in industrial filtration—and Vice President of Agricultural Services International—an irrigation consulting, design, construction, and service irrigation company trusted by farmers throughout Florida, the United States and internationally. An industry leader in agricultural irrigation operations, Marine began his career with the formation of Ven-Mar Irrigation in 1982, a low volume irrigation design and construction company with more than 250 employees and five locations throughout Florida. Ven-Mar Irrigation earned numerous industry awards and was recognized as the largest agricultural irrigation contractor in the United States. After the sale of the company, Marine became involved in several other industries including, boat manufacturing (Island Hopper Boats and Red Fish Boats), commercial development (CIP, Inc.), citrus trading (GCA Trading) and hospitality (The Davis House).

In addition to his ongoing support to his church, Marine’s outward expression of purpose exemplifies, extends and encourages others. Each month, his company partners with FUMC Operation Love Your Neighbor, which sets aside time to engage in service projects throughout the local community to help different local charities,including The Women’s Refuge.

Bill and his wife Patricia have been married 41 years and reside in Vero Beach, Florida, along with their three children and six grandchildren. Marine attended Indian River Community College and later received his Bachelor of Science Degree in Citrus/Business at Florida Southern College where he was recognized as the recipient of the Florida Citrus Mutual Award and the Citrus Institute Alumni Outstanding Achievement Award.

About the IRSC Foundation
Since 1965, the Indian River State College Foundation has been enhancing access and quality of education for IRSC students. Its focus is to attract and manage private contributions from individuals, organizations, businesses, and private foundations to support the mission of IRSC. Managed by a voluntary Board of Directors of business and civic leaders from all four counties served by IRSC, the Foundation is a private non-profit entity recognized by the Internal Revenue Service as a 501(c)(3) tax-exempt organization and by the State of Florida as a direct support organization for the benefit of IRSC. As a partner in building a better community, the IRSC Foundation promotes higher education with student scholarships, support of instructional programs, technology grants, and new and improved facilities.

Fall Registration at IRSC Begins May 16