STUART—Benjamin Wetterer, a senior at the Clark Advanced Learning Center, a Grade A public charter school organized in 2004 as a partnership between Indian River State College (IRSC) and the Martin County School District, has been named a semifinalist in the National Merit Scholarship Program. 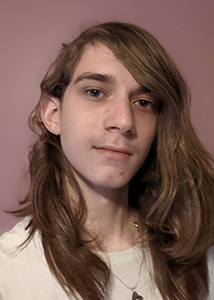 The National Merit Scholarship Program is an annual academic competition for recognition and college undergraduate scholarships. The program announced the names of more than 16,000 semifinalists, who are vying for 7,250 scholarships worth a total of nearly $28 million. About 95% of semifinalists are expected to attain the finalist level of the competition, and approximately half will win National Merit Scholarships.

This year’s competition began in October 2021, when more than 1.5 million juniors in approximately 21,000 high schools took the Preliminary Scholastic Aptitude (PSAT) National Merit Scholarship Qualifying Test (NMSQT). The highest scoring participants in each state—representing less than one percent of all U.S. high school seniors—were named semifinalists. Finalists will be announced in the spring of 2023.

Only five other students in Martin County are semifinalists.

Wetterer, who possesses a 4.0 Grade Point Average, and is an IRSC Dual Enrollment student, will earn an Associate in Arts Degree from the College this May, along with his Clark high school diploma. After graduation, he plans to further his education in pursuit of a degree in a field that enables him to combine his love of art and his passion for science, he said.

Clark students begin their high school educations at a Martin County public high school to complete ninth grade or transfer from private schools, virtual school, or a home school education, then transfer to Clark for 10th through 12th grades. They are free to participate in sports or other extracurricular activities at one of the district high schools. For more information, visit clarkadvancedlearningcenter.org.