David Gabriel Returns for the Assist

David Gabriel Returns for the Assist

Editor's Note: This is the first in a series of stories that will highlight the achievements and successes of students and alumni of Indian River State College.

David Gabriel is an advisor on the IRSC Chastain Campus in Stuart. Five years ago, though, he was on the other side of the desk as an IRSC student. 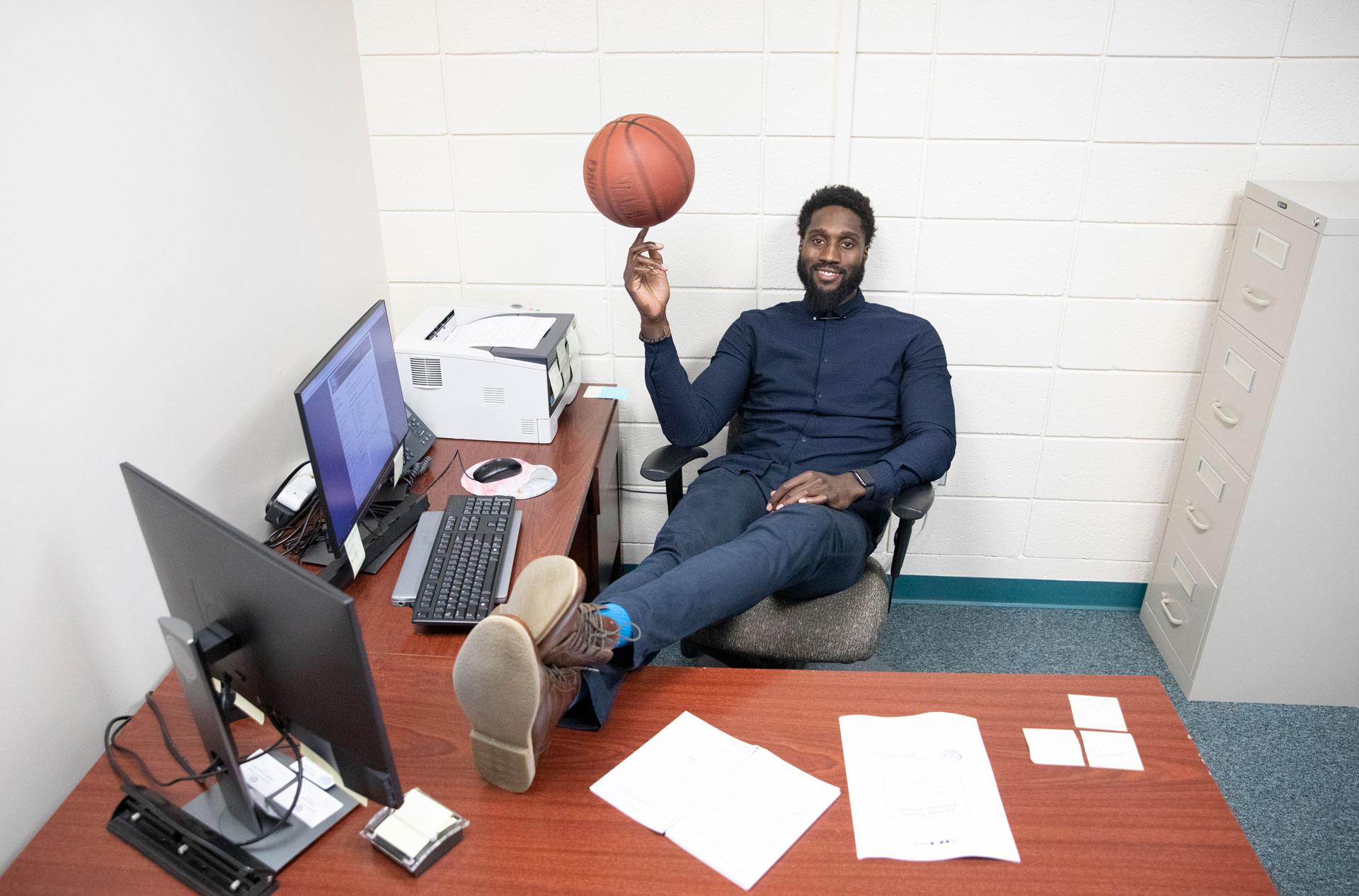 "When I was a student at IRSC I had an advisor who helped me out a lot, so being able to come back around and do the same thing for current students is a beautiful feeling. I feel like being able to pass on knowledge and help our youth is one of the best things you can do.”

David graduated from IRSC with his Associate Degree in 2013 and his Bachelor’s Degree in Human Services in the spring of 2015.

"The best thing about IRSC was that they really helped me realize my potential and prepared me to move into my next phase of education and life. My long-term career goal is to complete my Ph.D. in Human Services and become a full-time, online professor so that I can travel and teach at the same time.

Born and raised in Brooklyn, New York, David is a first generation ‘American-born’ child from Haitian parents. He relocated to Florida with his mother in 2004 and attended Saint Lucie West Centennial High School in Port Saint Lucie. While at Centennial, David began playing basketball at age 15. Being brand new to the game, all he could do was jump, block shots and dunk. He developed his talents and earned a basketball scholarship to Palm Beach Atlantic University where he majored in Business Management. After college David played professional basketball for eight years, traveling around the world and back three times. One of his highlights was playing for the Harlem Globetrotters.

Shortly after that, he ran his own company, helping young athletes gain exposure and opportunities at the collegiate and professional level. The company successfully placed four athletes in professional leagues around the world.

David also worked and coached high school basketball and went on to become a program coordinator for AMP (Aspiring Male Panthers) at a state college in Florida. The program helped with retention and graduation of minority males enrolled at the institution. During his time in this position, David was able to create a fraternity that spanned all five campus locations. He also taught SLS courses and advised young minority males on navigating college and the importance of higher education.

David has always pursued his own goals while helping others achieve their dreams. Thank you for being such a valuable part of the IRSC team!

Fall Registration at IRSC Begins May 16