IRSC District Board of Trustees Recognizes Conrado, Moberg and Keim for Exemplary Service

IRSC District Board of Trustees Recognizes Conrado, Moberg and Keim for Exemplary Service 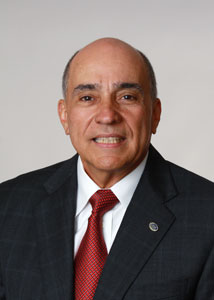 Mr. José ‘Joe’ Conrado was appointed to the IRSC District Board of Trustees in April of 2012 and has served as Chairman of the Board since August of 2016. Prior to his appointment to the IRSC District Board of Trustees, he served on the IRSC Foundation Board from 1985 to 2012. Conrado’s 34 years of leadership with the College was an influential factor in the institution’s recognition as winner of the 2019 Aspen Prize for Community College Excellence. That same year, Conrado was named Trustee of the Year by the Association of Florida Colleges.

As an active business owner of multiple McDonald’s franchises in the Vero Beach area, Conrado is passionate about IRSC proactively meeting the business, workforce, and economic development needs of the institution’s service region. During his tenure with IRSC, the District Board has welcomed numerous awards for their support of innovative workforce partnerships. These include a partnership with Florida Power and Light (FPL) and the International Brotherhood of Electrical Workers (IBEW) to support the Power Plant Technology program; a partnership with Cleveland Clinic-Martin Health to expand the capacity of IRSC’s Nursing program, which was recognized by the American Association of Community Colleges (AACC) as a national finalist for the 2019 Outstanding College/Corporate Partnership Award; and the College’s affiliation with the National Science Foundation (NSF), resulting from three major grants to establish national or regional centers at IRSC for training in the areas of Nuclear Power Plant Technicians (RC-NET), Optics and Photonics (LASER-TEC), and Ocean Science (COSEE-FL).

Professor David V. Moberg came to the College in August of 1981 and was the central figure in building the College’s nationally recognized Performing Arts Program. During his 39-year tenure, Moberg has directed more than 250 productions for the Performing and Visual Arts program on the Main Stage, in the Wynne Black Box Theater and in numerous on-the-road touring shows. He has received many of the highest accolades awarded by the College including the President’s Cup for Excellence in 1990, the Anne R. Snyder Department Chair Excellence Award in 2014, and the River Award in 2015, and he is a two-time recipient of the Community Endowed Teaching Chair in the Fine Arts (in 2010 and 2016).

Moberg is an accomplished play write, authoring short one-act plays and winning numerous awards for his work. He is a recipient of the Florida Theatre Conference Distinguished Career Award, and was honored in 2009 with the Kennedy Center American College Theatre Festival Region IV National Festival Faculty Fellowship in Playwriting recognizing outstanding achievement as a teaching artist.

Additionally Moberg has contributed his expertise in theatre to statewide and national organizations including the Florida College System Activities Association (FCSAA) where he served a two-year term on the Executive Committee as the FCCAA Theatre Division Advisor and with the Kennedy Center American College Theatre Festival where he served two years vice-chair and two years as chair of the National Playwriting Program.

Moberg retires from the College this August. 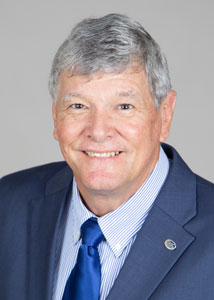 Mr. Barry Keim shares a record of excellence and service to IRSC that extends 40 years. He began his career at IRSC as the College’s Director of Accounting Services in 1980. Keim was first appointed Vice President of Administration and Finance for the College in 1988. Over the course of his career, Keim has directed all financial and business affairs for IRSC—including the development of the College budget, purchasing, human resources, enterprise systems, technology, information systems, maintaining our current facilities and construction of new facilities.

A highly effective financial manager and an inspiring leader, Keim has administered funds in excess of $150 million annually and maintains an outstanding record of exemplary and perfect audits and management reviews. During his career, Keim has also been fully invested in reforming statewide policy and accountability measures and mentored countless business officers across Florida and led the Council of Business Officers more than any other CFO in the history of the Florida College System (FCS).

Keim was honored with the Association of Florida Colleges’ Administrator of the Year Award in 1997, the Ken Jarrett Service Award for service to the Florida College System Council of Business Affairs in 2003, and the Community College Business Officers Regional Outstanding Chief Business Officer Award in 1996 and 2012. He was named Vice President Emeritus in 2013 and was awarded the President’s Cup—the College’s most prestigious accolade.