Dr. Andrea Folds' Route to Success Ran Through 'The River'

Dr. Andrea Folds' Route to Success Ran Through 'The River'

The route to success isn’t always a straight line. That’s especially true for Dr. Andrea Folds. The 2007 and 2015 IRSC graduate is now in her first year of internal medicine residency at Aventura Hospital and Medical Center in Aventura, Florida. 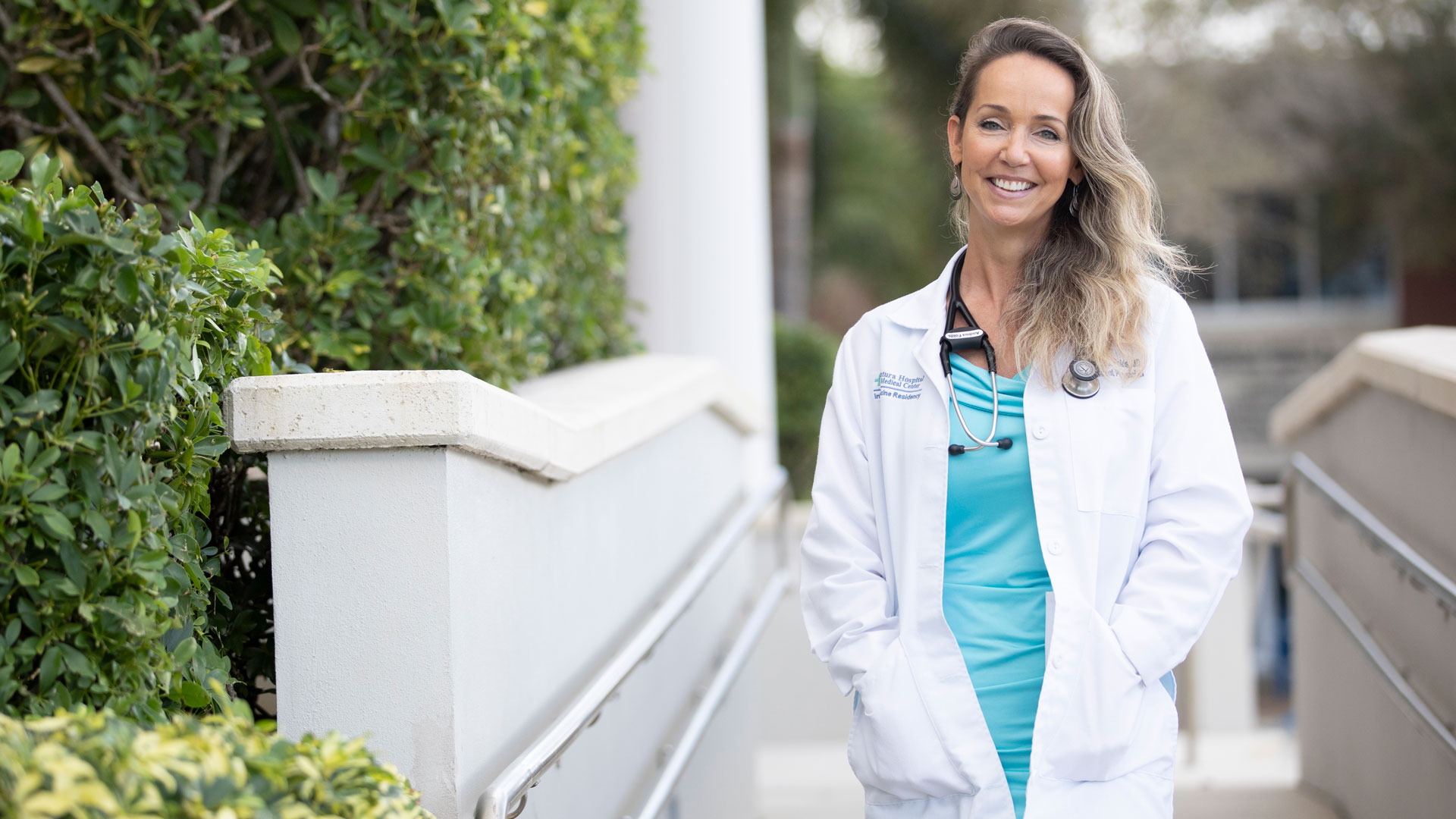 After graduating from Vero Beach High School in 1993, she took her first IRSC class, toward an accounting degree, that summer. With many “stops and starts” she graduated with her Associate in Arts degree in Accounting in 2007. “There were a lot of life experiences and interruptions in those years,” she said. “Obtaining an accounting degree allowed me to continue to work full-time and still be there for my family. But, I knew I did not want to pursue that career path forever." Through the years, multiple experiences continued to draw her towards medicine.

One particular experience was when her father-in-law had coronary artery bypass surgery. “While visiting him in the hospital, there was something about medicine that electrified me. I knew I wanted to be a doctor.”

Once her three boys were in school, she made her transition back to college full-time to obtain a bachelor's degree in biology and later, apply to medical school. She started classes at IRSC in Spring 2012. She went straight through, graduating with honors (all A’s) in Spring 2015. “The quality of education was excellent. My first two years of med school were much easier because of the solid educational foundation I received at IRSC. I believe that IRSC provides a better education than a traditional university because you get more personalized attention and feel like you are more than just a number. Anyone looking for a low-cost, high quality education should definitely consider IRSC.”

After graduating, she enrolled in the Trinity School of Medicine in Saint Vincent and the Grenadines in the Fall of 2015. The family moved there, and not long after, found it too expensive for them all to live on the island.

Her husband and two youngest sons moved back to the United States, while Andrea stayed in medical school. She would travel back to the United States during semester breaks. “It was such a difficult choice. I was on the edge of quitting because I didn’t want to be away from my boys. However, I had come so far and was determined to finish school. It was a short-term sacrifice for the long-term goal. I knew it was what I was destined to do.”

She graduated in September 2019 and applied for a residency. Fortunately, she landed in her top-ranked internal medicine residency in Aventura, FL. “I think about it sometimes and realize that I could still be sitting in an office somewhere in a career that was unfulfilling to me in so many ways. Instead, I took those first steps, ventured out, and worked diligently to reach my goals. It’s had its highs and lows. Nevertheless, the difficulties have made me stronger, and I’ve truly enjoyed every part of the journey.”