FORT PIERCE, FL—Indian River State College (IRSC) alumnae Sandra Krischke of St. Lucie County was unanimously elected Chair of the IRSC District Board of Trustees at the governing body’s October 27, 2020 meeting. She succeeds Jose Conrado who served with distinction as Chair for four years. Conrado, who in June was distinguished as Board Trustee Emeritus, has served as Trustee since 2012 and will continue his service to the district board as a representative from Indian River County. 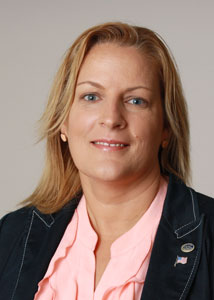 Krischke, a political and educational consultant, serves as Director of Operations of the Independence Classical Academy, a charter school which she co-founded in Fort Pierce. She was appointed by Governor Rick Scott in 2014, and reappointed in 2017, to serve on the IRSC District Board of Trustees.

A Florida native, Krischke was raised in Brevard County and has lived in Fort Pierce for nearly 20 years. She is the mother of four children who have had the experience of public, private and homeschool education. Krischke is an avid lover of the outdoors and enjoys marksmanship, fishing, boating and hunting. She earned her B.S. of Public Administration from IRSC. Krischke says that serving the College in our four-county region is both humbling and rewarding. 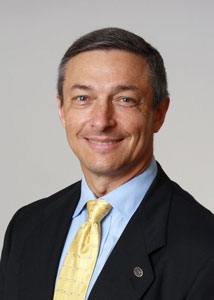 Also unanimously elected at the October meeting as Vice Chair is Elder Law Attorney Anthony “Tony” D. George, Jr. George is Partner with Fox McCluskey, L.L.P. He was appointed in 2014 by Governor Rick Scott to represent Martin County on the IRSC District Board of Trustees. After taking classes at IRCC while in high school, he earned his Bachelor’s Degree from University of Florida and his J.D. Degree from the University of Florida’s Frederic G. Levin College of Law.