FORT PIERCE, FL—Indian River State College (IRSC) will hold its Fall 2021 Commencement ceremony at 10:00 a.m. on Thursday, December 16, at Lawnwood Stadium, located at 1302 Virginia Avenue in Fort Pierce. Graduates will gather by 9:15 a.m. for a celebration that will be like no other in IRSC history. 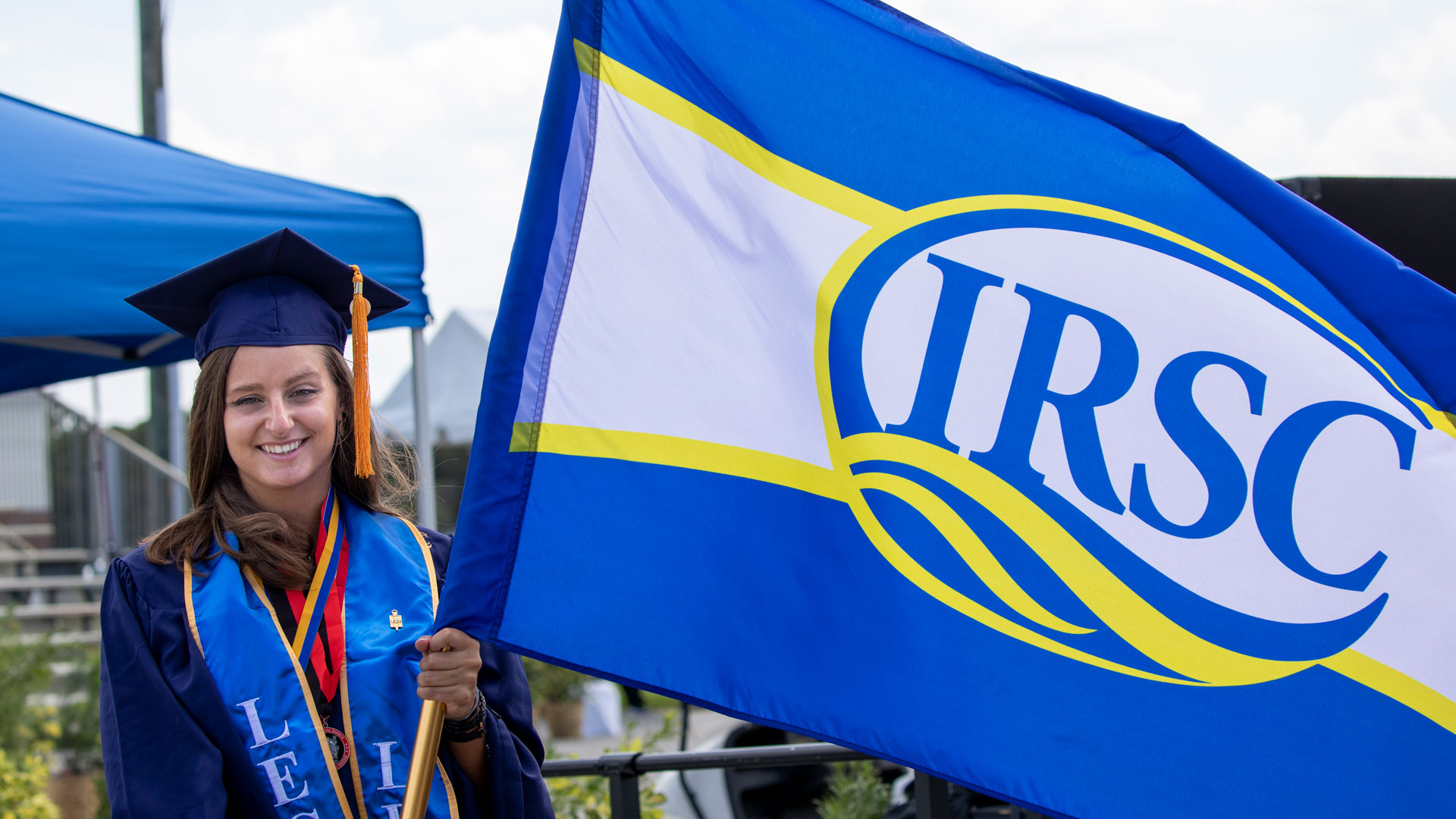 "Nearly 1,800 students have earned their Bachelor's or Associate degrees at Indian River State College during the 2021 summer and fall terms," shares Dr. Timothy Moore, IRSC President. "Our graduates' dedication and perseverance to reach this day is extraordinary—they've overcome complications stemming from a global pandemic, conquered personal challenges and juggled myriad responsibilities. We are immensely proud of them, and we are eager to celebrate their accomplishments on December 16."

IRSC Commencement will feature a DJ, festive photo opportunities, food trucks, and a few surprises to complement the usual pomp and circumstance.

Motivational speaker, hospitality industry expert and business coach Anthony Melchiorri will present the Fall Commencement address. Widely known as the host, co-creator, and co-executive producer of the Travel Channel's Hotel Impossible television series, Melchiorri himself started from humble beginnings. He credits both the military—he is a veteran of the United States Air Force—and the community college system for providing the discipline and foundation that fueled his desire for further education and ignited a passion for pursuing what has become a remarkable career.

"There are not many things that I enjoy as much as having the opportunity to inspire young people who are following their passion," shares Anthony Melchiorri. "Passion changes everything. It is with great pleasure that I will be included in Indian River State College's Fall Commencement exercises."

Melchiorri began his career in hospitality as director of front office operations at The Plaza Hotel in New York (the hotel of Eloise). At age 29, he was appointed general manager of The Lucerne hotel, and while under his management, the hotel was selected as The New York Times Travel Guide's Best Service Hotel. He also served as general manager of New York's historic Algonquin Hotel and led a $15 million property renovation.  He later served as the general manager of the Nickelodeon Resorts in Orlando.

In 2010, Melchiorri founded Argeo Hospitality, a hotel management and consulting company. In addition to Hotel Impossible, Melchiorri is the creator, host, and executive producer of the Travel Channel's Five Star Secrets, Extreme Hotels, and the movie Wisegal. He is also the executive producer and co-host for several podcasts, including No Vacancy Live with Glenn Haussman.

Melchiorri is a resident of New York City. He earned a B.S. in Business Administration from Park University.