Students age 13 to 17 can learn about coding and explore the use of the Arduino microcontroller—using it to automate the world around them—in an Arduino and Python Coding Virtual Boot Camp hosted by LASER-TEC at Indian River State College (IRSC). The Boot Camp will be offered online starting Tuesday, October 27, 2020. 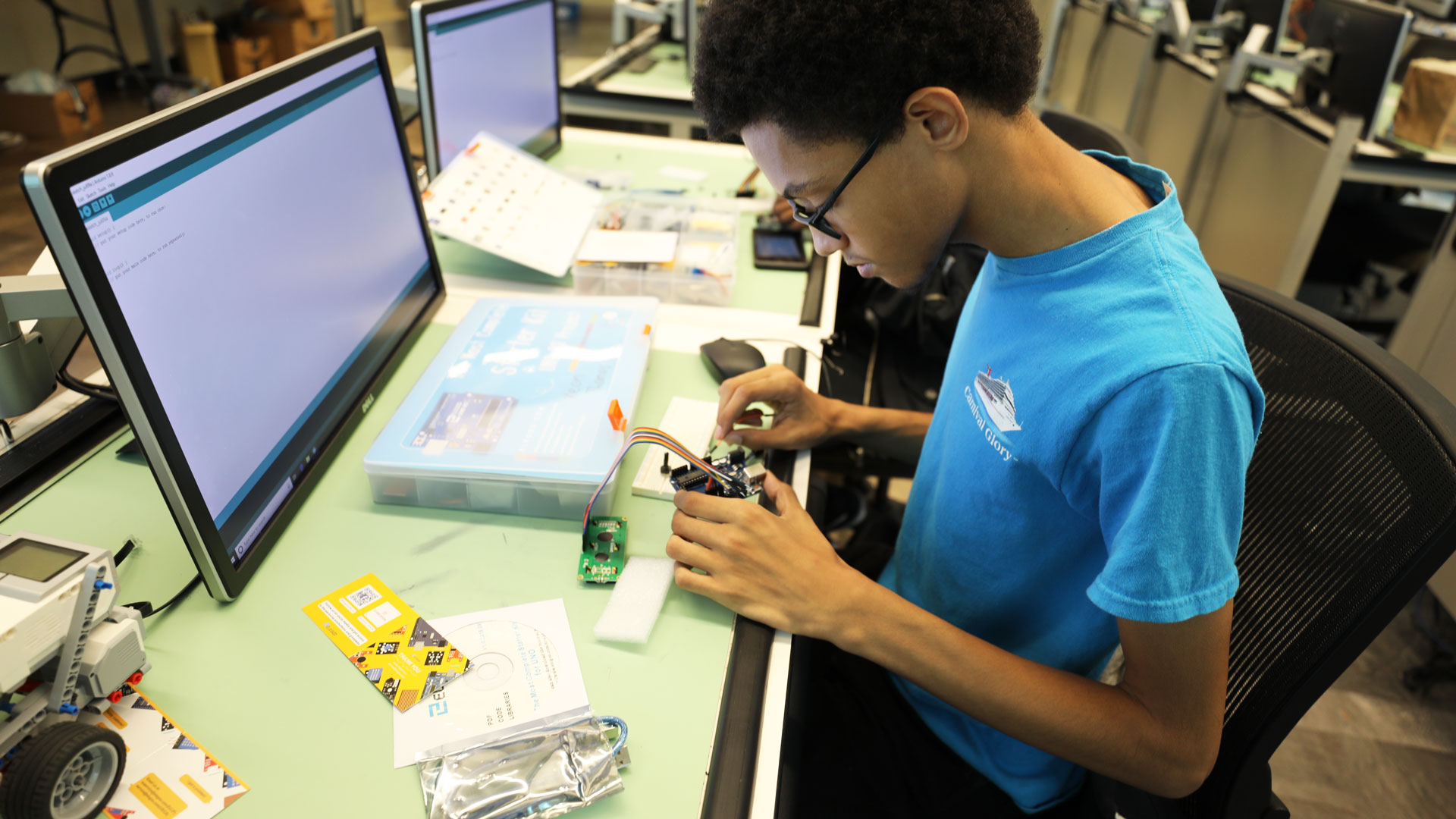 Camp participants will start with a simple light-emitting diode (LED) and create personalized messages, send commands, and receive both digital and audible commands—as well as build circuits and create programs using Arduino and Python programming languages. They also will learn about the speed of sound and how sonar is used to measure distance.

The Coding with Arduino Virtual Boot Camp is on offered online on Tuesday and Thursday evenings from 5:30 to 7:30 p.m. from October 27 to December 10. The cost for the camp is $155—including a customized, complimentary kit valued at $50 that boot-camp participants take home.