FORT PIERCE, FL—Indian River State College has hired technology and education veteran Michael Hageloh as Executive Vice President of Strategic Initiatives. Hageloh, who has spent his professional career at the nexus of business and academia—including 22 years at Apple—assumes a newly created, key leadership role within the College. The appointment comes at a time of extraordinary momentum for the Aspen-award-winning institution: in September 2020 Dr. Timothy Moore began his tenure as the College’s fourth president; in October the College reintroduced its online learning platform as IRSC Global; in early December it broke ground on the IRSC Advanced Workforce Training Complex; and in mid-December it received the largest donation in its history—$45 million from philanthropist MacKenzie Scott. 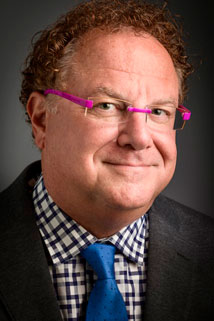 “Michael a visionary leader with a deep background in advancing breakthrough ideas,” shares IRSC President Dr. Timothy Moore.  “He comes to IRSC with myriad longstanding relationships with thought leaders, policymakers and other influencers in the education and technology sphere. He has worked with global education technology—EdTech—start-ups, institutes of higher education, and was the top in his field at one of the world’s most iconic brands—Apple. We are excited and energized to see how he will help us shape and change the educational space here at IRSC.”

As an education strategic partnership leader at Apple, Hageloh built relationships crucial to Apple’s iconic status as a dynamic force for innovation. For nearly two decades prior, as a leading contributor in Apple’s Higher Education Division, he interacted with trustees, students, university administrators, faculty and others to execute Apple’s first university-wide student one-to-one technology initiative, Apple’s first anytime anywhere athletic learning initiative, and developing one of Apple’s top iTunes U content creators at the University of South Florida—LitToGo. As a founding member of Apple’s iconic student representative program, Hageloh pioneered diversity recruiting within the program.

“Indian River State College is at the start of a journey to redefine the delivery of education with Dr. Moore’s customer-driven vision,” says Michael Hageloh. “I’m excited to join the IRSC team at this pivotal juncture to advance the College, and inject a Silicon Valley mantra—my mantra—of ‘not what is, but what could be.’”

Hageloh left Apple in 2010 and has since lent his passion and expertise to firms such as Adobe, Kaltura and littleBits. He has additionally led development efforts for the University of South Florida Muma College of Business and College of Education. He comes to IRSC from Kilgore College in Kilgore, Texas, where he served as Chief Development Officer. Over his career, Hageloh has nearly $1 billion in measurable results.

Hageloh is a native Floridian, musician, storyteller and published author of a bestselling book, Live From Cupertino: How Apple Used Words, Music, and Performance to Build the World’s Best Sales Machine. He is also a published opinion writer and brand commentator featured in Fast Company, MarketWatch, Business Insider, the Chronicle of Philanthropy, CASE, Fox Business, Medium, and national podcasts. He is currently pursuing his Doctor of Education from Nova Southeastern University.