Jose Conrado, Chairman of the Indian River State College District Board of Trustees, has been named Trustee of the Year by the Association of Florida Colleges (AFC). The prestigious recognition was bestowed to the Vero Beach businessman at the 2020 AFC Trustees Commission Legislative Conference in Tallahassee. 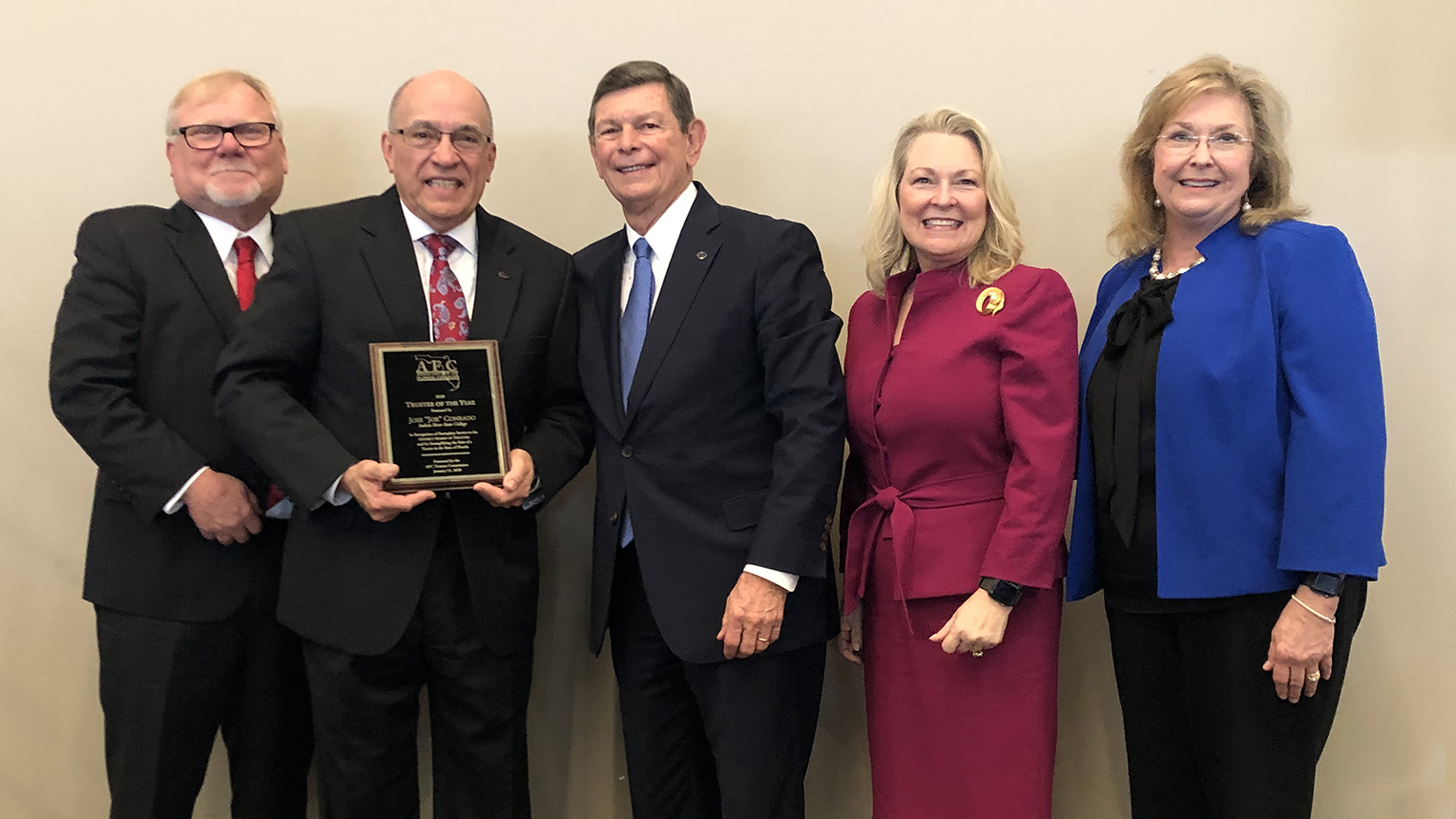 Conrado was honored for his tremendous contributions in meeting the needs of Indian River State College and the community it serves. Appointed to the Indian River State College District Board of Trustees in April of 2012, Conrado has been its Board Chairman from August of 2016 to the present day. Prior to his appointment to the IRSC District Board, he served on the IRSC Foundation Board from 1985 to 2012.

Conrado’s affiliation with the College runs even deeper. He is a proud alumnus; beginning at IRSC in the English as a Second Language (ESOL) program, and earning his A.A. and A.S. degrees in business in 1972. In 2005, he was named IRSC’s Distinguished Alumnus of the Year.

“IRSC could not be more fortunate to have a Board Chairman that consistently and articulately communicates the institution’s mission, strategic direction, and foremost value that student success is the most important thing at IRSC,” shares IRSC President, Dr. Ed Massey. “Conrado’s 34 years of leadership service to IRSC has been a significant factor in the institution’s rise to become a winner of the Aspen Prize for Community College Excellence.”

Throughout his term on the District Board of Trustees, Conrado and his fellow trustees have diligently worked to ensure that IRSC sustains an academic environment that supports the highest level of teaching and learning. Today 96.4 percent of IRSC’s students find employment or continue their education upon graduation, and IRSC’s Associate Degree transfer rate into baccalaureate programs is 56 percent—24 points higher than the national average. Further, they have maintained low costs to the IRSC students, keeping tuition level for the past eight years and maintaining a top-5 ranking among most affordable colleges nationally with the U.S. Department of Education’s College Affordability and Transparency Center. The District Board’s leadership has helped students receive more than $40 million annually in financial assistance and more than $3 million annually in IRSC Foundation scholarships, ensuring that 91 percent of students graduate with no debt.

Conrado is an active business owner of multiple McDonald’s franchises in the Vero Beach area and a paragon in the Indian River County and Treasure Coast communities. In addition to his service on the IRSC Board, he gives back to the community through active involvement in Take Stock in Children, Habitat for Humanity, the American Red Cross, March of Dimes, the Rotary Club, Hibiscus Children’s Center, and McDonald’s Florida Leadership Council.

About Association of Florida Colleges