FORT PIERCE, FL—The Paulie Strong Charitable Foundation, whose mission is to raise funds for Indian River State College (IRSC) Scholarships in the name of Paul Lefavi, collected $10,000 at the inaugural #PaulieStrong Golf Tournament held November 21, 2020. The money established the Paul Lefavi Scholarship Fund at IRSC; an endowed scholarship that will be awarded annually to one student enrolled in the IRSC Digital Media program. 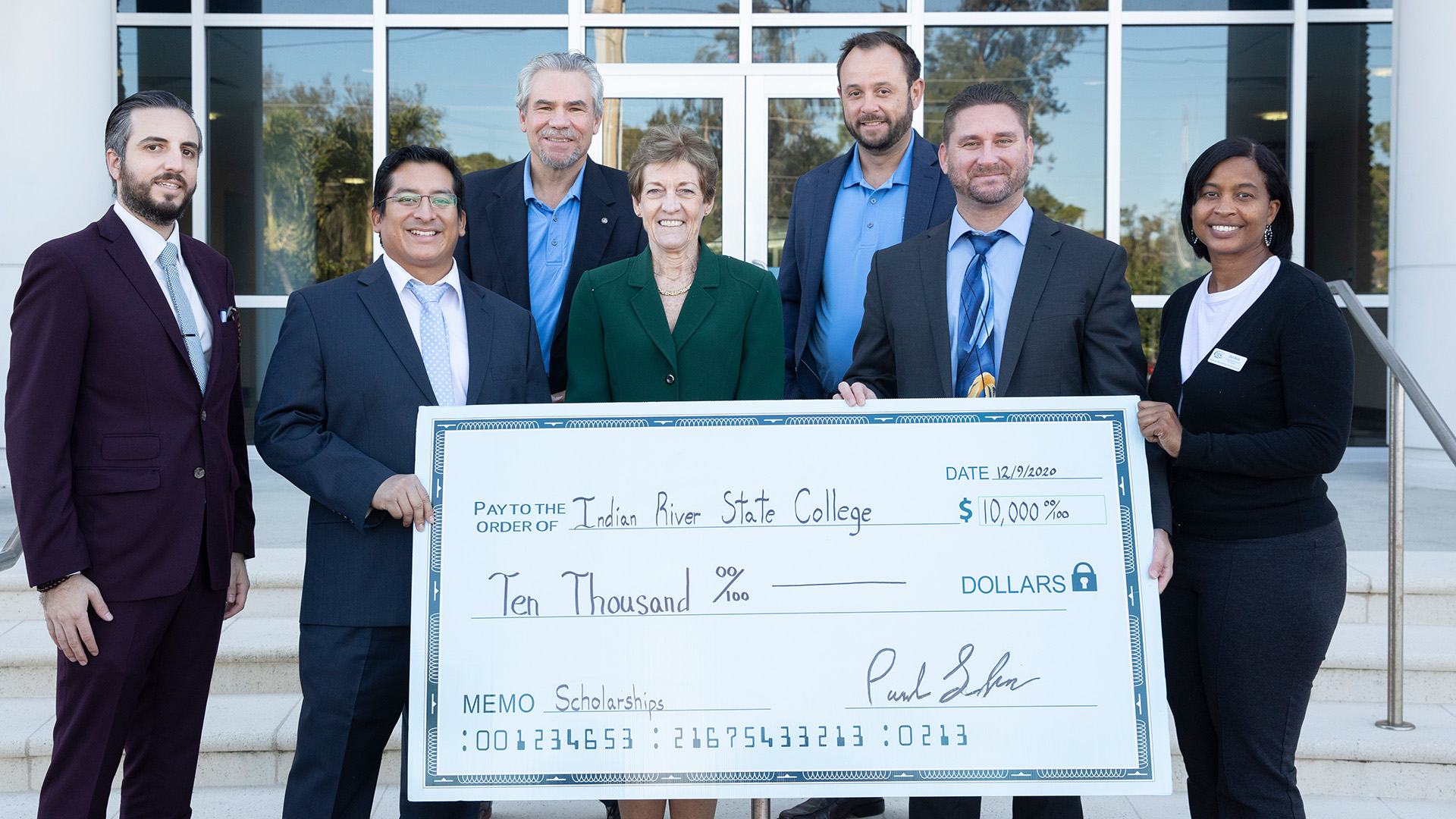 Lefavi, a beloved employee of Indian River State College for more than 20 years, passed away in 2019 due to complications from Mantle Cell Lymphoma. Lefavi served as the College’s Director of E-Learning, providing technological support for faculty, students and courses. He was also an instrumental part of the IRSC 40th, 50th and 60th anniversary productions. The Paulie Strong Charitable Foundation was created by Lefavi’s friends and family to commemorate his passion for creative learning, the digital arts, and for the students of Indian River State College.

“Paul Lefavi came to IRSC as an experienced videographer for the United States Air Force. He demonstrated utmost devotion to his profession, and his one-of-a-kind ‘Paulie’ disposition made you want to be his friend,” remarked colleague and friend Mike Pelitera, Instructional Technology Trainer at IRSC. “He is missed every day, but his legacy will now live on forever.”

The Paul Lefavi Scholarship—available through the IRSC Foundation—is a $500 award presented to a student in the IRSC Digital Media program. The first scholarship will be awarded for the 2021–22 academic year. Students interested in applying can complete the scholarship application process by signing into MyPioneer Portal and selecting the “IRSC Scholarships” box. The application deadline is January 31, 2021.

“We are humbled by the generosity from the family and friends of Paul Lefavi in establishing an endowed scholarship in his honor,” stated Ann Decker, Executive Director of the IRSC Foundation. “What better way to memorialize him than to create a scholarship that serves students pursuing what he loved doing at a place he called his second home.”

To donate to or find out more information about the Paulie Strong Charitable Foundation, visit https://www.paulie-strong.com/. For questions regarding this scholarship, contact Sherri Monds, Scholarship Development Coordinator, in the IRSC Foundation office at 772-462-4786 or visit www.irscfoundation.org.