The Indian River State College (IRSC) Performing and Visual Arts program welcomes Alexander Kanter as Master Instructor of Theatre. Kanter joins the storied program, which provides an unparalleled theatre arts education for students, and has anchored IRSC as an arts and a cultural hub for the community for 40 years. 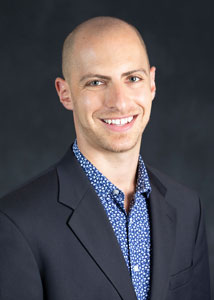 In his new role at IRSC, Kanter will design and instruct theatre curriculum, recruit theatre scholarship students, collaborate with Performing and Visual Arts faculty in the selection of shows for the theatre season, engage in community outreach to build the program audience and direct theatre productions—including the program’s annual musical production.

Before coming to IRSC, Kanter served as the Director of Performance Management at Westminster Choir College of Rider University in Princeton, New Jersey. Kanter has performed and directed in every region of the United States and in locations around the world for over a decade. He has taught theatre at two colleges in Florida and has also served as a high school theatre and dance teacher.

A playwright and musician, Kanter's one-act play “Over the River” was produced at the Riant Theatre in New York City as part of the 2020 Strawberry One-Act Festival, where it made it to the semifinals of the competition.  His academic focuses include adapting classical works for modern audiences, empowering student directors, infusing technology into Arts classrooms/curricula, and the intersection between hyper-theatrical conventions and pop-culture.

Kanter holds his Bachelor of Arts in Russian Language, Literature, and Culture from Harvard University, and his Master of Fine Arts in Performing Arts from Savannah College of Art and Design. As an arts administrator, Alex has assisted Tony-winning directors, famous filmmakers, and Grammy-award winning musicians. He has lead Theatre Education workshops around the country and is thrilled to be able to work with artists of all ages in developing new and community-engaging works for theatre.