Members of the Indian River State College (IRSC) Women’s Swimming and Diving team were named academic all-stars for achieving the highest grade-point average (GPA) for any athletic team at the College during the Fall 2019 semester. The 18-member team earned an average 3.56 GPA. 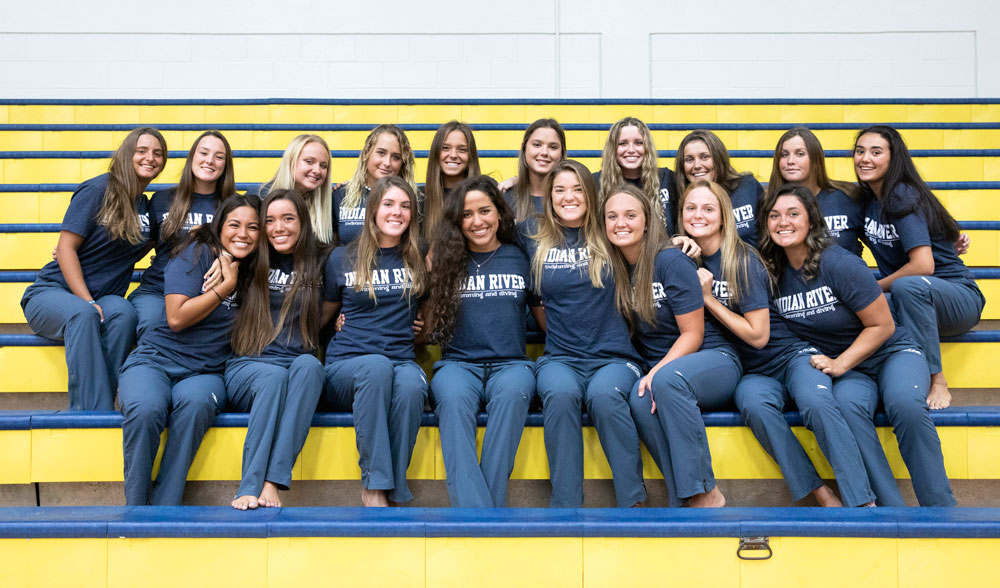 This coveted recognition, known affectionately on campus as the Skull Award, was previously held by the Volleyball team for a six-year reign from 2013 to 2018.

"The Skull Award recognizes the importance of academic achievement for athletes, and I'm proud to see our Women’s Swimming and Diving team receive this honor," said IRSC Athletic Director Scott Kimmelman. “The award is a testament to the athletes’ camaraderie, competitive spirit, and dedication to student success.”

In addition to receiving the IRSC Skull Award, the team was also named the National Junior College Athletics Association (NJCAA) 2018-19 Academic Team of the Year. The team holds 41 overall NJCAA Championship titles, 37 of which are consecutive wins. They will defend their winning streak March 4 through 7, 2020, when the NCJAA Swimming & Diving National Championships return to the IRSC Main Campus in Fort Pierce.

For additional information about the Women’s Swimming and Diving team at IRSC, visit irsc.prestosports.com or contact Head Coach Sion Brinn at 772-462-7775 or sbrinn@irsc.edu.