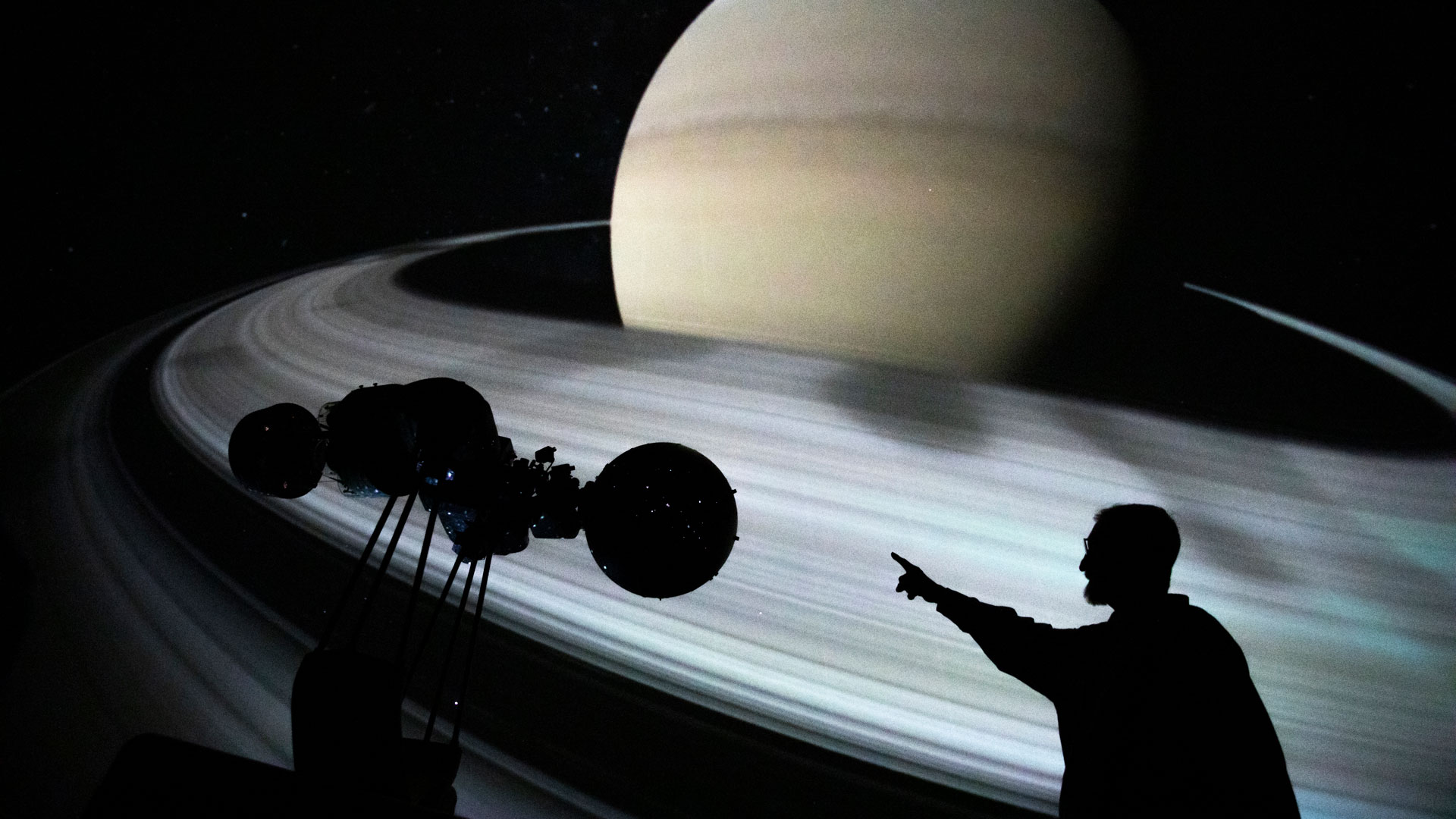 Saturn, Jewel of the Heavens—October 22, 23 and November 19, 20
This autumn, Saturn is visible in the evening skies. Celebrate the planet as the presentation showcases its mysterious rings, fantastic ice moons and largest moon, Titan, with its lakes of liquid nitrogen.

Star of Wonder—December 3, 4, 10, 11
What was the mysterious star that guided the Magi? Could it have been a comet, a meteor or a supernova? How might an astronomer explain it? Find out as we take the Planetarium back in time more than 2,000 years to recreate the skies over Judea. This popular presentation has been a family holiday tradition since 1993.

The Planets—January 7, 8, February 11,12 and March 4, 5
In a recorded narration, Kate Mulgrew (Captain Janeway of Star Trek: Voyager) takes us on a grand tour of our solar system. Explore the surface of Mars, the perils of the asteroid belt, the cold rings of stormy gas planets and the features of other solar systems.

Daughter of the Stars—April 8, 9, May 13, 14 and June 10, 11
Enjoy a retelling of beautiful native American Indian stories about the sky and its stars. History and folklore combine for a unique and entertaining storytelling event that seeks to explain the natural world from the appearance of the bright star Arcturus to the nature of the Milky Way to the origins of the Earth, Moon and Sun.

From the Big Bang to Puppy Dogs, the Story of Chemistry—January 22, 6 p.m.
Be amazed as Dr. Paul Horton, IRSC Professor of Chemistry, dynamically demonstrates the interaction of elements and compounds in a presentation sure to keep you on the edge of your seat!

Astronomy Day NASA Update—February 5, 4 p.m.
Hear Russell Romanella, former Director of Safety and Mission Assurance for the National Aeronautics and Space Administration (NASA) at the John F. Kennedy Space Center in Florida, discuss NASA, the space program, and the exploration of the Universe. The Treasure Coast Astronomical Society will provide exhibits with telescopes, activities for the family and guided views of the sky after the presentation—weather permitting,

Planetarium shows are recommended for adults and children over the age of 10. The air temperature is maintained at 72 degrees. Guests may wish to bring a sweater or light jacket.