Dr. Harvey Arnold Recognized as a 2021 Veteran Champion of the Year in Higher Education

Dr. Harvey Arnold Recognized as a 2021 Veteran Champion of the Year in Higher Education

Indian River State College (IRSC) is honored to announce that Pruitt Campus President Emeritus, Dr. Harvey Arnold, was named a 2021 Veteran Champion of the Year in Higher Education by G.I. Jobs. Before retiring from IRSC this year, Dr. Arnold, a veteran of the U.S. Army and U.S. Marine Corps, served the College for more than 40 years. Dr. Arnold is celebrated for his unwavering support of all IRSC students, particularly military veterans, active-duty personnel and their families. 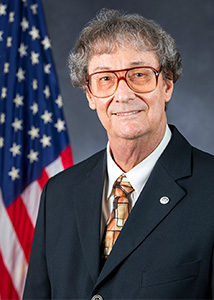 Underscoring Dr. Arnold’s legacy is a $449,966 U.S. Department of Education grant awarded to IRSC in February to establish a Center of Excellence for Veteran Student Success at the Pruitt Campus in Port St. Lucie. The dedicated Center, which opens this fall, connects student veterans with additional academic, financial, physical and social support services.

“On behalf of IRSC, I am truly honored to receive this recognition from G.I. Jobs and especially to have had the opportunity to support our student, employee and community veterans in the pursuit of their academic and professional goals,” shares Dr. Arnold. “I sincerely hope my 44 years of service with IRSC have repaid the debt of gratitude I have always felt for the comprehensive support I received as a returning Vietnam veteran attending IRJC.”

Dr. Arnold began his education at Indian River Junior College (IRJC) in January 1968 after returning home from the Vietnam War and being discharged from the U.S. Army. After graduating from IRJC with his Associate in Arts Degree in 1969, he continued his education at the University of West Florida, where he earned his Bachelor’s and Master’s degrees. He began his employment with Indian River Community College (now Indian River State College) in January of 1977 after serving as an officer in the Marine Corps.

“Dr. Arnold was a pioneer for Veterans and Veteran student services at the College,” stated Dr. Timothy Moore, Indian River State College President. “His dedication to returning service members and our students was steadfast, and he always found the best ways to provide them with the support they needed. We owe our Veterans a great debt of gratitude. IRSC will continue to build upon Dr. Arnold’s work to provide even more programs and services to these heroes and their families.”

While at IRSC, Dr. Arnold also helped establish the Annual Veterans Day panel, an opportunity for IRSC students and community members to hear from military veterans from each generation. In addition to this, the culture he helped create at the College has distinguished IRSC with a Military Friendly® Schools Designation.

This 2021 Veteran Champions of the Year in Higher Education was established by G.I. Jobs to highlight outstanding staff—veterans or not—who play a key part in the success of student veterans. You can read more about this honor at https://mydigitalpublication.com/publication/GIJobs-August2021.