FORT PIERCE, FL— Indian River State College (IRSC) announces the retirement of Ann Decker, Executive Director of the Indian River State College Foundation, who has served the College with distinction since 2007. Under Decker’s leadership, the Foundation’s fundraising efforts enabled IRSC to recruit and retain the highest quality faculty, maintain a vibrant learning environment, and provide students with critical financial support. Since her arrival, the Foundation’s assets have increased four-fold to nearly $200 million. 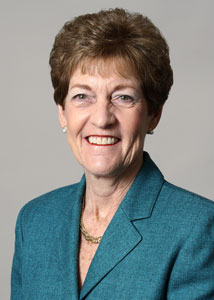 With student success at the fore, Decker and her team have raised funds to support the construction of 14 new buildings and numerous building renovations. Each year their efforts provide some 4,000 IRSC students with Foundation scholarships—more than $4 million annually. Today, 462 scholarships are available through the IRSC, up from some 200 when Decker first arrived.

“The Indian River State College enterprise would not be where it is today without the leadership of Ann Decker at the helm of the IRSC Foundation,” said Sandra Krischke, IRSC District Board of Trustees Chair. “Scholarships have made educational dreams a reality for tens of thousands of students, and their success stories are a tribute to Ann’s great work.”

The IRSC Foundation operates several additional initiatives in support of IRSC and the community. These include:

“Whether it’s finding a namesake for a multi-million dollar facility or helping a student with emergency funds in a crisis, Ann Decker poured her heart and soul into Indian River State College and the Foundation that supports it,” said Hal Roberts, IRSC Foundation Board Chair. “Many future generations of IRSC employees and students will benefit from her hard work. We are truly indebted to Ann for her dedicated service.”

Prior to her role with IRSC Foundation, Decker spent more than two decades in administrative roles serving Congressmen in the U. S. House of Representatives, including positions as Chief of Staff and District Manager. Decker was also co-owner and co-founder of a professional political consulting firm and has held senior-level positions in finance for private businesses. In 1999, she became a Founder and Board Member of First Peoples Bank, holding various committee and leadership posts. Throughout her career, Decker has built positive and enduring relationships within the community. Her professional and volunteer service to the communities where she works and lives and to the State of Florida has earned her dozens of accolades.

“My work with the IRSC Foundation has been the highlight of my professional career,” exclaims Ann Decker. “It has been my great pleasure to be involved with the generosity of this community to move forward a common mission of providing hope and opportunity to our students, faculty and staff. I am indeed the lucky one.”

Decker will leave IRSC at the end of the month. She plans to travel extensively with her husband Keith and live by her motto: “don’t postpone joy.”

The outstanding team at the IRSC Foundation will stay on and maintain all programs and services. The Foundation Team will report to Michael Hageloh, who has been named Interim Vice President for Institutional Advancement. A national search for Decker’s replacement will soon be underway.