FORT PIERCE—Robert Dunham, President of the Indian River State College (IRSC) chapter of Student Veterans of America (SVA), has been chosen to attend a national leadership training event on October 20-23 in Washington, D.C.

Dunham will join 100 other student veterans chosen from more than 1,500 SVA chapters around the country at the SVA Leadership Institute. According to the SVA, the goal of the immersive leadership experience is for participants to develop their core values and hone leadership skills. Included in the event are meetings with mentors, cohort sessions, educational panels, and other opportunities to network with student veteran leaders. 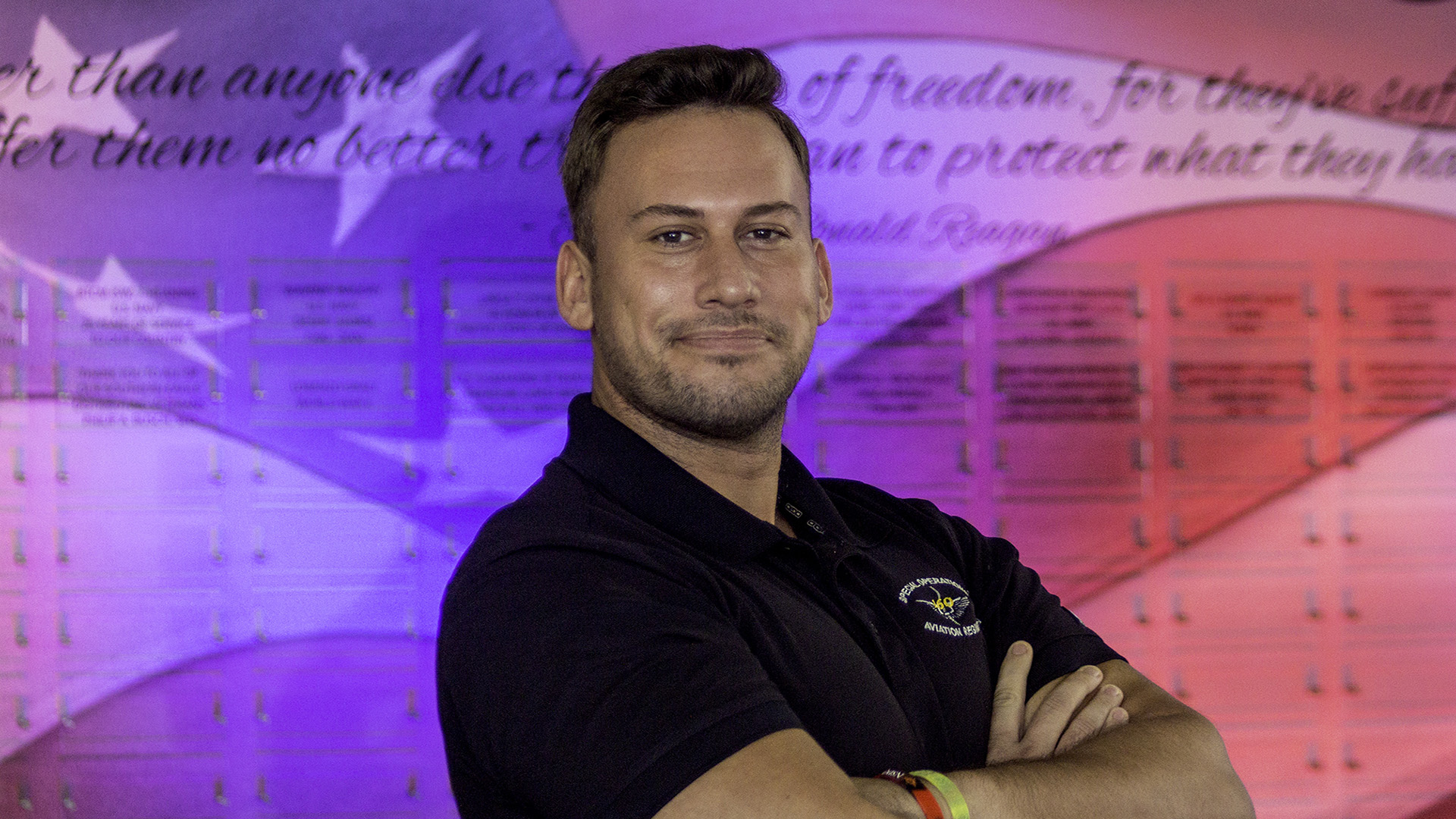 Dunham, 29, served in the U.S. Army’s Unit 4-160th Special Operations Aviation Regiment (SOAR) as a Radio and Communications Security Repairman. He was stationed at Joint Base Lewis-McChord in Washington State from 2016 to 2020. After leaving the service, he enrolled in IRSC, where he is studying public administration with a discipline in public policy and leadership.

When IRSC joined the Student Veterans of America last spring, Dunham was the obvious choice to serve as its first president, said Chris Armstrong, IRSC’s Military and Veterans Advisor. “This is a tremendous opportunity for Robert to network with student veteran leaders from colleges across the country,” Armstrong said. “It also brings a sense of legitimacy to IRSC, putting us on a level with the other colleges in the SVA. This gives us a seat on the stage so people will begin to take us seriously.”

The national SVA organization pays Dunham’s way for the Leadership Institute, including travel and hotel expenses. To apply for acceptance in the program, Dunham had to create a 60-second video explaining what motivates him to service to others and makes him a good fit for the program. He also had to describe his military background and his educational goals.

A graduate of the Class of 2016 at Jensen Beach High School, Dunham initially pursued a career in physical therapy and attended IRSC for one year before dropping out when family issues made college unaffordable. He then began thinking about joining the military “as a way to show my parents that I could do something with my life, even if the money was no longer available for college,” he said. He first tried enlisting in the Navy, but a chance encounter with a retired admiral changed his mind. He next enlisted in the Air Force, and another roadblock was thrown in his path.

Dunham eventually enlisted in the Army and “it was the best decision I could have made,” he said. “It provided a cushion for my life that I wouldn’t have had.” And it opened up the doors again to higher education. His time in the military reinforced his desire to continue serving others and his country, he said. He hopes to serve in government as a policy maker.

Being chosen for the SVA Leadership Institute is a giant step in that direction, Dunham said. “I’ve always had an interest in government and politics,” he said. “Even as a 13-year-old kid, I would enjoy watching C-Span and learning about history and government. And then being in the military just amplified that desire to serve.”

Dunham was chosen from his Associate Degree graduating class to hold IRSC’s Military and Veterans Services Flag during commencement ceremonies in spring of 2020. He is now pursuing a Bachelor’s Degree in Public Administration.

Under Dunham’s leadership, IRSC’s SVA chapter has grown to more than 60 members and meets three times each month. To join visit: https://irsc.campuslabs.com/engage/organization/studentveterans or contact Chris Armstrong at carmstro@irsc.edu or by calling 772-462-7291.