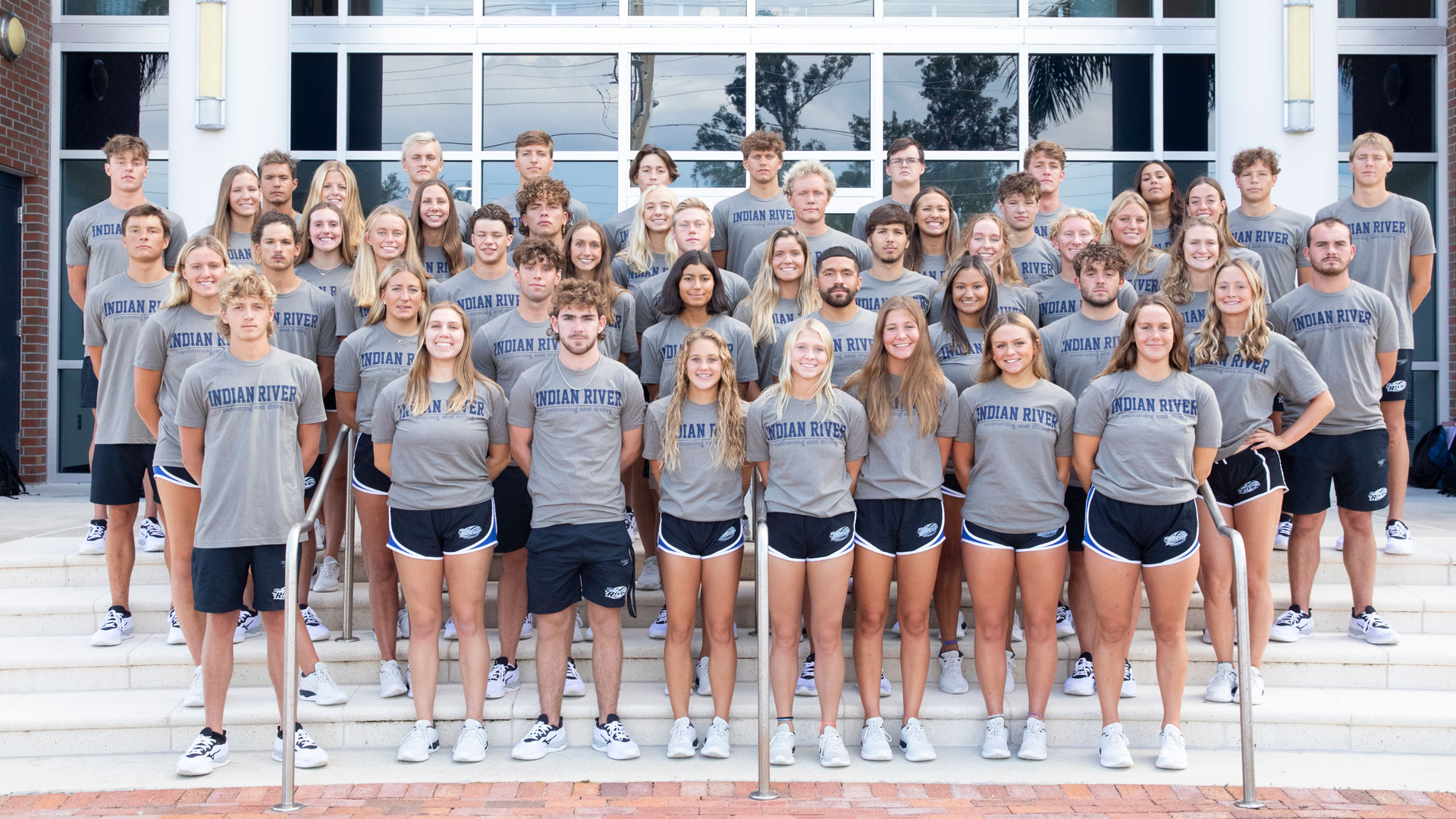 For their honors from the CSCAA, the IRSC swimming and diving teams posted GPAs of 3.21 and 3.42 respectively. In total, 728 teams from 450 colleges and universities earned the honor.  Those with a GPA of 3.3 or higher are now eligible for the Intercollegiate Coach Association Coalition All-Sport Academic Standings. The award recognized the IRSC athletics team achieving the highest grade-point average (GPA) at the College during the Fall 2021 semester.

Greg Earhart, CSCAA Executive Director highlighted Indian River's achievements noting, “Coach Brinn demonstrates that a team can be successful in the pool AND the classroom. These 50 men and women are some of the best ambassadors that Indian River and the NJCAA could ask for.”

The Skull Award is presented annually to the IRSC athletics team named Academic All-Stars for achieving the highest grade-point average (GPA) among the College’s teams during the Fall semester.

Each year we recognized our “Academic All-Stars” with the Skull Award emphasizing the importance of academic achievement from our student-athletes,” shares Scott Kimmelman IRSC Athletics Director. “I'm proud to see our Women’s Swimming and Diving team claim this academic honor alongside their further recognition from the CSCAA."

Congratulations to the IRSC men and women’s Swimming and Diving teams for their hard work and continued perseverance. Indian River is Pioneer proud of our swimming and dive teams!