Since 1973, Dr. Edwin R. Massey has served in several roles at Indian River State College, from instructor of Biology to various positions in the Administration, and most notably, as the College’s President for the past 31 years.

On Tuesday at the October meeting of the IRSC District Board of Trustees, Massey shared that his distinguished career as the College’s third President would be coming to completion. He gave the Board a letter requesting that they not seek an extension of his contract beyond August 31, 2020. 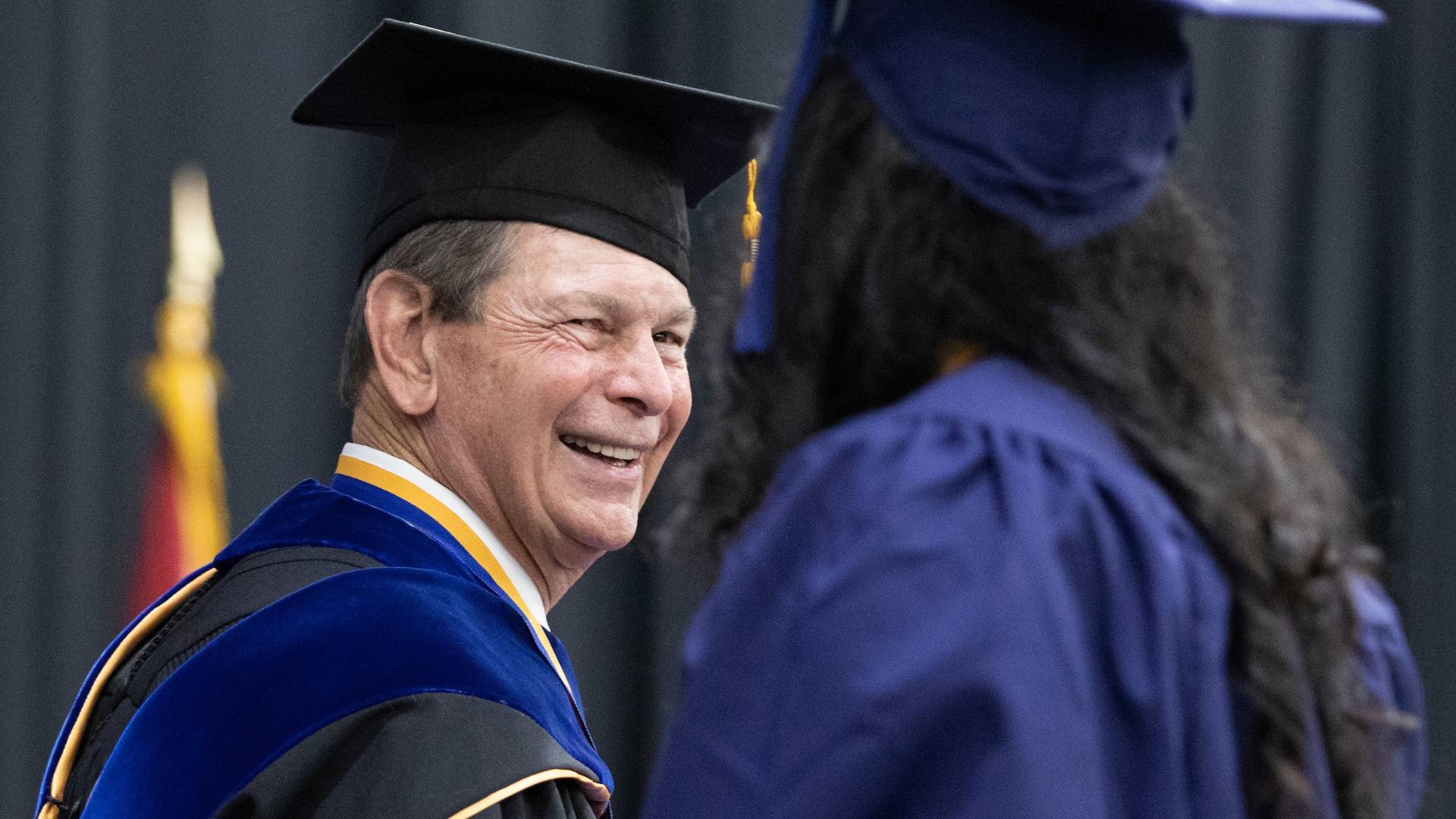 “It has been an honor and privilege to serve Indian River State College and our four-county service district over the past 46 years,” Massey stated. “I couldn’t have asked for a more rewarding and fulfilling professional career, and that’s a reflection of the people I’ve had the pleasure to work with—Board members; College administrators, faculty, and staff; business leaders; local and state officials; dedicated community volunteers; donors; and countless student leaders.”

President Massey is long regarded as visionary by his colleagues and by higher education professionals across the nation.

In April of 2019, Massey guided IRSC to its highest honor to date, the Aspen Prize for Community College Excellence. The award is the nation’s signature recognition of high achievement and performance among the more than 1,000 colleges like IRSC, positioning the institution as the “Top College in the Nation.”

While the College has received numerous national accolades, Massey’s leadership presence has always been most evident in the local community - Indian River, Martin, Okeechobee, and St. Lucie Counties. His presidency is synonymous with strategic and sustained growth, and an unwavering commitment to student success.

During Massey’s tenure, all five of the College’s campuses have expanded, today encompassing over 700 acres and more than 1.5 million square feet of state-of-the-art classrooms, lab space, and operational facilities. Enrollment has increased more than 300 percent, and the number of degrees and certificates awarded annually has nearly doubled over the past decade.

“I am grateful to the community for embracing Indian River State College’s mission, helping thousands achieve their dreams through education,” Massey continues.

In recognition of his outstanding leadership, President Massey has received the 2013 Association of Community College Trustees (ACCT) Southern Regional Chief Executive Officer Award and the 2013 National CEO of the Year - Marie Y. Martin Chief Executive Award. He was the inaugural recipient of the Pete Hegener Leadership Award and in 2008, received the Phi Theta Kappa International Honor Society Shirley B. Gordon Award of Distinction.

“Our culture is the heartbeat of Indian River State College,” says Massey. “Any accolades I’ve earned as a President are a credit to our people, to our culture, and to our will to be the best.”

On behalf of the IRSC Board, Board Chairman Jose Conrado offered high praise for the President and expressed deep gratitude for the powerful impact he has had on Indian River State College and the community it serves. He indicated that the Board would move quickly to launch a comprehensive national search for Massey’s successor.

Although he will not be directly involved with the selection process, Massey indicated to the Board that he will provide his full assistance in finding a successor and do everything possible to ensure a smooth transition to the next administration.

“IRSC has been most fortunate to have an innovative, steady, and principled leader serving as President for the past 31 years,” said Conrado. “Dr. Ed Massey is truly one of a kind.”